Learn about our Team and Culture

We are a team of dedicated professionals, ready to do whatever it takes to make your business safe

Welcome! This is our dedicated Team. Did we say that we would love to work with you? So dont be shy, get in touch! 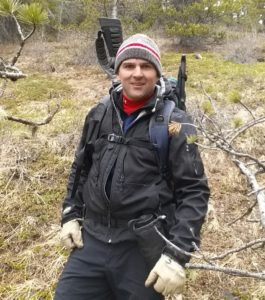 Kevin has been with NESS for 4 years primarily as a safety manager but also as a red seal/pro board fire fighter, rope, ice and swift water rescue technician. Also he is a certified Bear Monitor through BEAR SCARE. Specializing in non lethal bear deterrents.
Kevin grew up in Prince Rupert BC and was a commercial fisherman for ten years working on large trawlers and crab fishing vessels. His experience working in the north pacific oceans hostile environment prepared him to be able to work under pressure safely and effectively in any crisis situation. He has the ability to calm workers, defuse panic and lead teams under stressful situations. Combined with his Oil & Gas, wind turbine and industrial construction experience, Kevin brings over 20 years of experience to any management team.
Being from the North Coast Kevin is an avid outdoorsman who enjoys all aspects of playing outside. Hunting, fishing, mountaineering, mountain biking, you name it he does it.
Kevin brings a positive and fun attitude to work and play everyday and has a sense of humour that makes even the grumpiest people laugh. Kevin plays a vital role on the Ness team and brings 12 years of experience in safety and rescue. His outgoing, friendly and fun personality creates an easily approachable safety professional essential to any worksite.

Spencer has been with National Emergency Safety Services since 2017 but has already proven himself many times over. Having worked in 6 countries on 3 continents, he has excellent experience working with a multi-national workforce. His Health and Safety experience ranges from an HSE Supervisor in the deserts of Central Oman at +60°c, to the country HSE Manager of Russia, spending 6 months in northern Siberia at -55°c. His health and safety experience ranges from offshore oil drilling platforms to high voltage transmission line construction, large modular camp construction, to gas plant turnarounds and ship building. 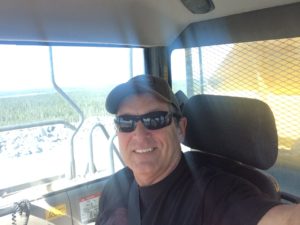 With over 25 years of Health Safety and Environmental training and experience, Richard has become a well seasoned positive health and safety mentor. Richards experiences have placed his work in multitude of work sites around the country. From woodland products, oil and gas, and High voltage power construction sites, Richard can work in any large scale project with little or no managing and get the job done. Health Safety Environment are Richards prime concern working with companies to produce great safety cultures within. 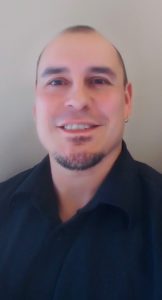 Shane Gibson is a Management Specialist residing in Northwestern BC.
He is currently serving as the Band Manager for the Glen Vowell Band and President/CEO of the Sik-E-Dakh Development Corporation.

A Graduate of the College of New Caledonia Business Administration and Computer Information Systems Diploma programs, Shane has accumulated experience in many facets and disciplines that have contributed to the Professional outlooks he now employs.

Shane started his own I.T. Management company in 2005 and operated it until 2013. He brought in Broadband Internet to 3 First Nations communities while serving as I.T. Manager for 15 offices simultaneously. In 2013 he decided it was time for a change and went on to complete the WEST program at Northwest Community College in Smithers B.C. Graduating with a 98% final grade from 13 different certification courses was an accomplishment he was very proud of. He went on to work as an Environmental Monitor for Redwolf Environmental and later as a Machine Operator and Track Foreman for CN Rail for 3 years before making his way back to Administration.

Shane has had great success as the Band Manager for both Gitanyow Band Council and the Glen Vowell Band. His no-nonsense approach to Finance and HR Policy makes him very sought after for Management opportunities. His track record includes a $150k+ correction in budgets while simultaneously bringing in over $1m in projects over a 2 year period.
His values include Honesty, Integrity, Innovation, and Fairness.

Outside of work, Shane is active in Weight Training and DIY Home Improvements as well as studying Motivational Speakers and Coaches. Shane is always looking for ways to capitalize in Investing and the Internet which he is sure will some day land him on the pages of Fortune Magazine!

Raising his 3 boys alongside his beautiful Wife will always be his crowning achievement. 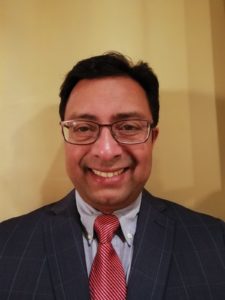 Sudhir is a fully certified trainer. He has a great history with students in the classroom and during 1 on 1 training. He is a qualified instructor from Vancouver Community College and has experience create lesson Plans. He has 25 + years of management experience and has a great ability to trouble shoot and find solutions when running a business. He is very reliable and ensures that projects are seen through from start to finish.

Sudhir has his MBA in General Management which bring even more experience to his Management Consulting. He has been Ppblic speaker for over 25 years as an orator and debator He is always looking to further his knowledge with training. 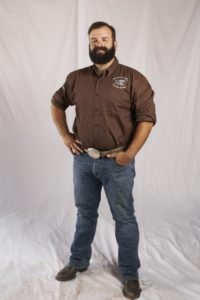 Born and raised in Prince George, in 2002 Shawn moved away from BC in search of an apprenticeship. After being gone for 5 months, he found himself in Northern Alberta working in the Oilsands 5 months after leaving working as an apprentice Power Lineman. There he dedicated his life to his new career and after 4 short years and many kilometers of construction and maintenance of High Voltage lines throughout BC and Alberta, he got his Redseal Journeyman ticket.

In 2010, he moved to Smithers and started a new life with a beautiful young lady from the valley and began working for the local telephone company. After 5 years there he returned to the Powerline industry but as a Fibre Optic splicer. There he decided that he wanted to do more for the crews that he worked with so he ventured into the Health and Safety field. Within one year, he received his Certificate in Occupational Health, Safety, and Environment, became a Construction Safety Officer and a Construction Safety Specialist with the BCCSA and within 10 months, he received his National Construction Safety Officer designation along with his Certified Utility Safety Professional designation form the USOLN.

He is currently working on his Diploma in Occupational Health and Safety and taken multiple Courses from recognized Universities across Canada. With over 15 years in the field as a Construction and Maintenance Lineman, Telecommunication Splicer, and Fibre Optic Splicer, Shawn has talents and skills from the front line in hazard recognition, risk assessment, root cause analysis and is capable of relating to the front line, and to the Managers, and support all parties in the success of safe job completion.

Adam is the computer technical support for N.E.S.S. If the team runs into any computer questions and issues, they call him. He currently works in Information Technology in the local education industry. With 14+ years in the computer industry, he has the experience and skills to tackle any computer task with ease.

Based in Beautiful British Columbia, N.E.S.S. calls the Bulkley Valley its home